Rinku Sen is the President of RaceForward – the Center for Racial Justice Innovation and the publisher of Colorlines. I recently watched a video of her 2015 talk at the Bioneers Conference in the Bay Area. The title of her 23 minute talk was: “Both/And/All: Environmentalism and Racial Justice.” She spoke about the relationship between race and environmentalism, and made it clear at the beginning she was speaking to the majority of the audience who were white. To the People of Color in the audience she said, “They [white people] need me more than you do right now.” True; I would like to have been there the day she delivered it. 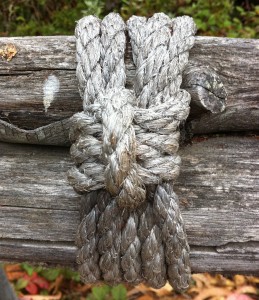 She referred to herself as a “crap environmentalist,” having spent her childhood reading, mostly indoors. She claims to have gone hiking for the first time in her 20’s; she admits that she once composted something, by accident. But, she said, she’s “working on becoming a better environmentalist.” She sees racism as a system of power and hierarchy at the root of environmental degradation. While white environmentalists are “trying really hard,” the movement is weakened if the racial dimension is ignored. Racial justice makes everything better.

Rinku says we need to start over with some new agreements:

We, white people, have choices to make every day. We can get better.

Rinku’s closing line: “People of Color are not too busy to work on environmental issues, but they are too busy for bullshit.”